Bertha Lee Blues
Here's a great Petway song, which shows how he'd just unravel these pentatonic lines, all the while playing these sharp, aggressive pulses on the bass-side
Boogie Woogie Woman
This song features more of his partnership with Tommy McClennan, with them singing a rhythm n’ blues styling that they probably played at parties
Catfish Blues
Speaking about the rhythm, that pulsing, driving beat - with a light but incisive, biting touch - is so unseen in nearly any other recording of other artists
Cotton’ Pickin’ Blues
Using more of his Texas blues ideas with Cotton Pickin' Blues, Petway gives another fine example of his playing here., with bouncy rhythms and single-note soloing
Don’t Go Down Baby
Here, listening to the original recording, you’ll hear just a slight different, with him doing some extra bassline work intro the song, alongside his soloing
Hollow Log Blues
Here's a tune which reinforces the impression of Petway's aggressive and highly confident guitar style, playing alongside his friend Tommy McClennan on bass
In The Evening
Petway’s version takes on the style of his pentatonic-riffed songs, rolling strums with expansive single note lines rained in between those strums
Left My Baby Crying
Left My Baby Crying is another less clearly recorded Petway song (perhaps more akin to the 1941 recordings as it is), but keeps that same aggressive feeling
Let Me Be Your Boss
This tune makes for a full impression of Petway's "tough as nails" style, callous sounding resonator, cutting, punchy strums, and aggressive single note lines
My Baby Left Me
My Baby Left Me, Petway uses those familiar Petway shapes, and sticks around the top string especially for some nifty bends and speedily plucked triplets
My Little Girl
My Little Girl follows the same kinds of aggressive single-note patterns as 11 of Petway's 14 recorded songs — with a matching song structure
Ride ‘Em On Down
Ride 'Em On Down still has some single note work, but it’s more focused on the rhythmic pulse of the strumming. Very similar to Bukka White's Ride 'Em On Down
Rockin’ Chair Blues
Rockin’ Chair Blues’ original recording is much clearer than some of Petway's other songs like Cotton Pickin’ Blues, which is a nice boost and help
Sleepy Woman Blues
Petway intros the song with some easy “bassline plus strums” work, and eases into the IV chord similarly. Following this, he dives into those single note solos

When speaking of major, unsung influences on America’s music, Robert Petway is without doubt a top contender. Aside from being the first to cut the blues standard “Catfish Blues” to wax, thus paving the way for subsequent renditions by Muddy Waters, John Lee Hooker, Jimi Hendrix, and more, Petway had a fabulous guitar/vocal style well in his own right -- much in thanks to his influences as Mississippi legend Charley Patton and best friend Tommy McLennan.

Both Petway and McLennan, with a similar style of country blues, recorded a chock full of incredible music for the illustrious Bluebird label: a Victor subsidiary run by Lester Melrose who also made the likes of John Lee “Sonny Boy” Williamson (the OG Sonny Boy), Big Joe Williams, Jazz Gillum, and Washboard Sam into full-fledged recording stars.

A perfect match for his metal resonator guitar, Petway's style is like the teeth of a saw — gouging single-note lines that feel like they'll cut you with each aggressive pluck, and a pointed, but heavy, bass-note backbeat. Petway recorded at the tail-end of the pre-war blues period, so perhaps this later time is why his style was different, but there might be no one who played the way he did. A Texas style bass approach, with a heaviness like Lead Belly, yet a very much pentatonic based treble soloing style which few people if any played with. Also, the measured groove of Catfish Blues shows how he also had finesse to complement his cutthroat playing. 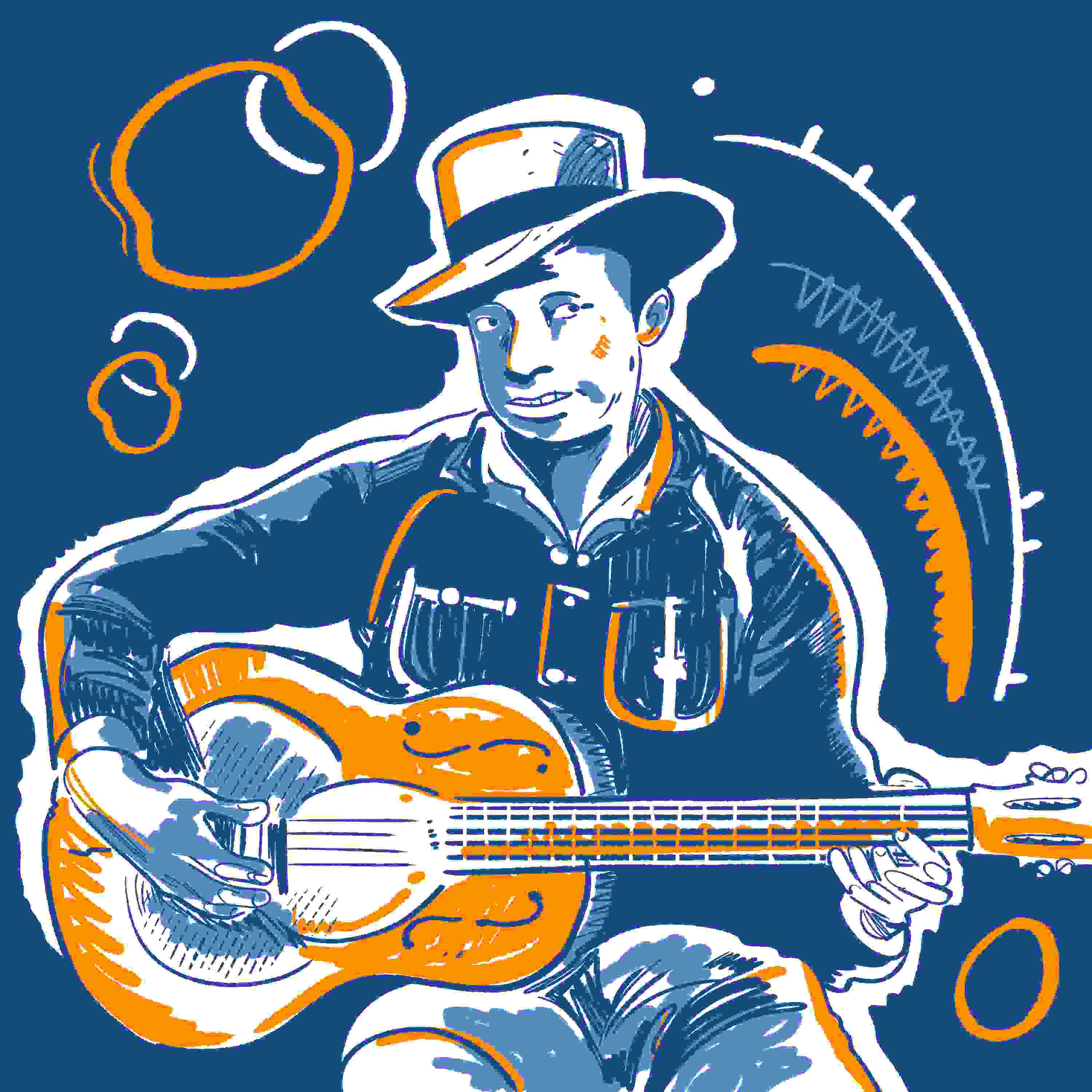 Like many obscure blues legends, very little is known about Petway’s biographical life. He is thought to have been born sometime in 1903 in either Yazoo City, Mississippi or a few miles away in Itta Bena, Leflore County (according to researchers Bob Eagle and Eric LeBlanc). Petway’s first recording session took place on March 28, 1941, with “Let Me Be Your Boss/Rockin’ Chair Blues.” That same session, he recorded his signature blues standard “Catfish Blues” along with its b-side, “Ride ‘Em On Down” as well as “Sleepy Woman Blues/Don’t Go Down Baby” and “Left My Baby Crying/My Little Girl.” On February 20, 1942, his last session, Petway recorded eight more sides, two of which are unissued. Petways last known sides are “Boogie Woogie Woman/Hollow Log Blues,” “In The Evening/Bertha Lee Blues,” and “My Baby Left Me/Cotton Pickin’ Blues.” “Hard Working Woman/Ar’nt Nobody’s Fool” are unissued/unheard to this day.

After all of this fabulous blues was cut to wax, Petway went Kerouac on both the music world, and apparently the rest of the world too. Like his right-hand-man Tommy McLennan, nobody knows what happened to him since, further pushing him into enigma status. Despite his elusive nature in blues history, Robert Petway has forever landed himself a spot in its books. Lest his genius be forgotten.