Exempliyfing the mysterious, headless-horseman-like feel of pre-war blues (in how obscure it can be, tracing musicians), King Solomon Hill was a remarkable musician, and ironically extremely little is known about him. Recording just a few sides, it's unfortunate that he could not have recorded more, but even just in those few recordings he made many insights can be drawn from his playing style.

Over the years, many musicologists have worked to unravel the mystery behind King Solomon Hill, a study which continues even now.

One of the most remarkable parts of King Solomon Hill's playing, on songs like Whoopee Blues and the Gone Dead Train, is how Hill never plays the same chorus twice; meaning, he always, always plays different sequences of licks, stringing them together in one-of-one, unique ways. It's partly ironic — on the one hand he only uses a particular handful of trademarked licks of his (so in that way it's perpetually similar), but on the other hand he always connects them differently (so in that way it's perpetually different).

On top of all of that, the overall style of his playing is just so cool. Using notes outside of just the minor pentatonic scale, Hill pulled different sounds out of the guitar; that, combined with the maze-like patterns of his licks (again the endlessly varying combinations), make his songs interesting even after many, many listenings. Then, adding his haunting vocal styles, his music is quite enduring and is certainly makes clear why he has a passionate following. 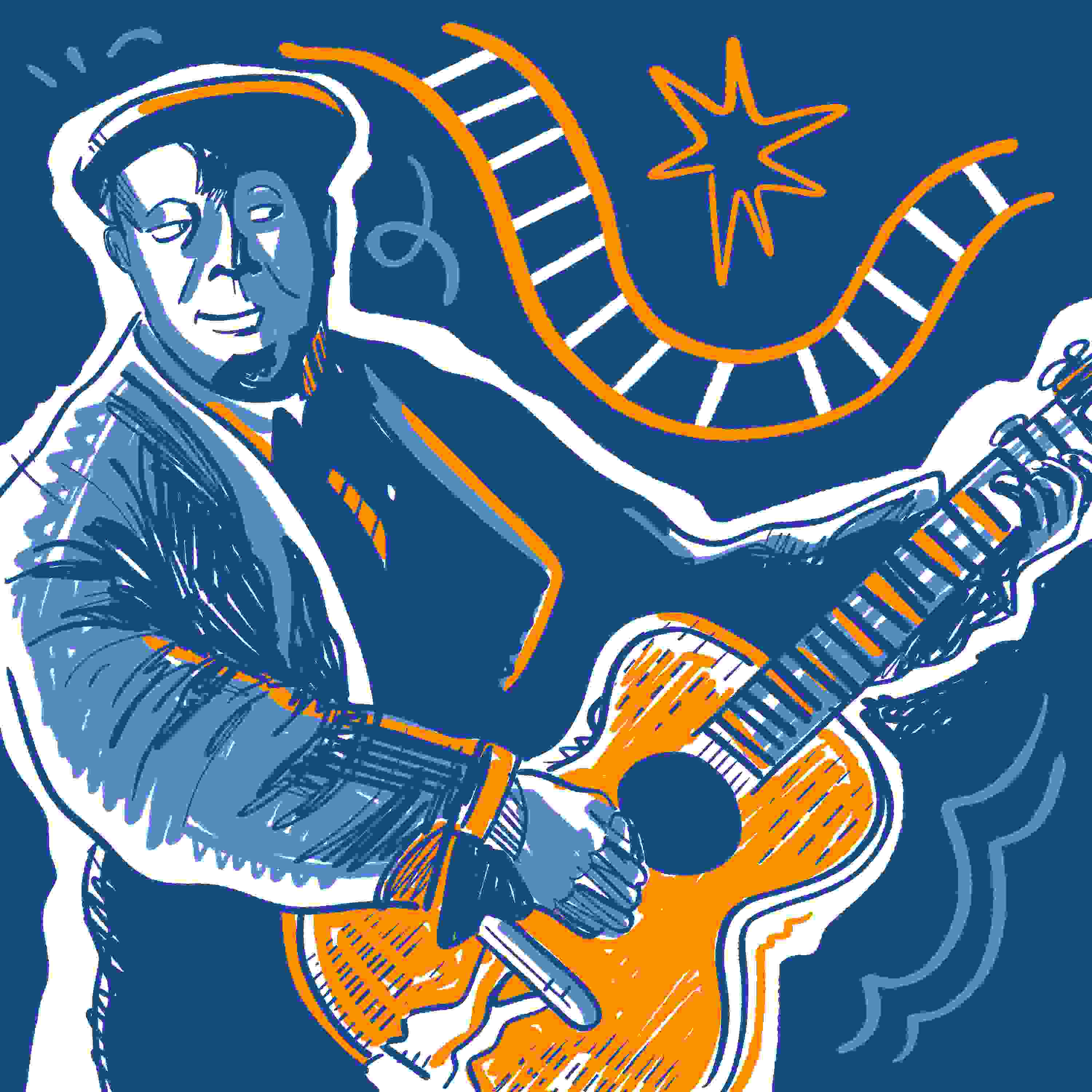 Born near McComb, Mississippi in 1897, King Solomon would tend to hover around that Mississippi, Louisiana area for most of his life, according to those who knew him. Even less is known about his early years, but around 1915 he travelled to Louisiana where he married his wife, Roberta Allums. Allums would later be interviewed by Gayle Dean Wardlow, from which much of what is known about Hill was learned.

Quickly, upon reaching Louisiana, his talent must have become known, because he was soon playing with "Crying" Sam Collins, apparently one of the best known musicians of the area. For a great listening of Sam Collins, try listening to Lonesome Road Blues, which shows the emotional depth he could play with. Through the 20s, Hill seems to have remained in Louisiana, pursuing his musical career. It was reporetedly in 1928 that Hill met Blind Lemon Jefferson in Minden, Louisiana; later, he met Ramblin' Thomas also who he'd play with.

Later in 1932, Hill was recruited by Paramount, along with other musicians, for a large recording session. This is where Hill recorded the 8 sides which remain to this day. It's even only been recently that some of his records have been located — in 2002, a copy of My Buddy Papa Blind Lemon and Times Has Done Got Hard were found. Hill and those other musicians recorded these sides at Paramount's Grafton, Wisconsin studio, where other blues musicians like Blind Joe Reynolds had recorded a short time before.

Known to be a heavy drinker, Hill died of a cerebral hemorrhage in Louisiana in 1949.