Eagles On A Half
Similar to to Last Kind Words, the guitar work on this Eagles On a Half features slides on the 2nd string into the 5th fret, followed by open top strings
Last Kind Words
The lyrics alone of this song gives really harrowing pangs – it gets deeper than you feel comfortable, with lyrics that explore very sensitive inner feelings
Motherless Child Blues
Here's a beautiful tune played by Geeshie Wiley and Elvie Thomas. One stand-out part of this song is the ascending (and descending) harp-like line to start things
Over To My House
Here's a song played by Geeshie Wiley and Elvie Thomas which follows the same framework as the great classic, Walk Right In, by Gus Cannon
Pick Poor Robin Clean
This song is an interesting one for Wiley; like They're Red Hot for Robert Johnson, in how it's a ragtime piece which strays from the rest of the repertoire
Skinny Leg Blues
Here's Skinny Leg Blues; a tune which was recorded on the same session as Last Kind Words. It's a nice song which features nice solo lines on the treble-side

Geeshie Wiley is another pre-war blues musician who's quite obscure — no photo exists of her (the one on this page is just an apocryphal photo), and she only recorded a handful of songs; her date of birth is also not known very clearly.

She recorded 6 songs in total, with 4 of those 6 featuring her friend Elvie Thomas. The songs she sang, such as Last Kind Words and Motherless Child Blues, are replete with very meaningful and harrowing themes of life and death. As well, the cleanliness and creativity of her guitar playing are well-represented in just those 6 songs.

Geeshie Wiley plays quite a large number rarer vocabulary on the guitar, even though she used Standard tuning on songs like Last Kind Words. From the treble-side sliding riffs to the sweeping-style, right-hand technique of plucking chords that she'd sometimes use (as well some creative fingerstyle patterns on the bass-side), her playing is different from what you might hear among other pre-war artists. 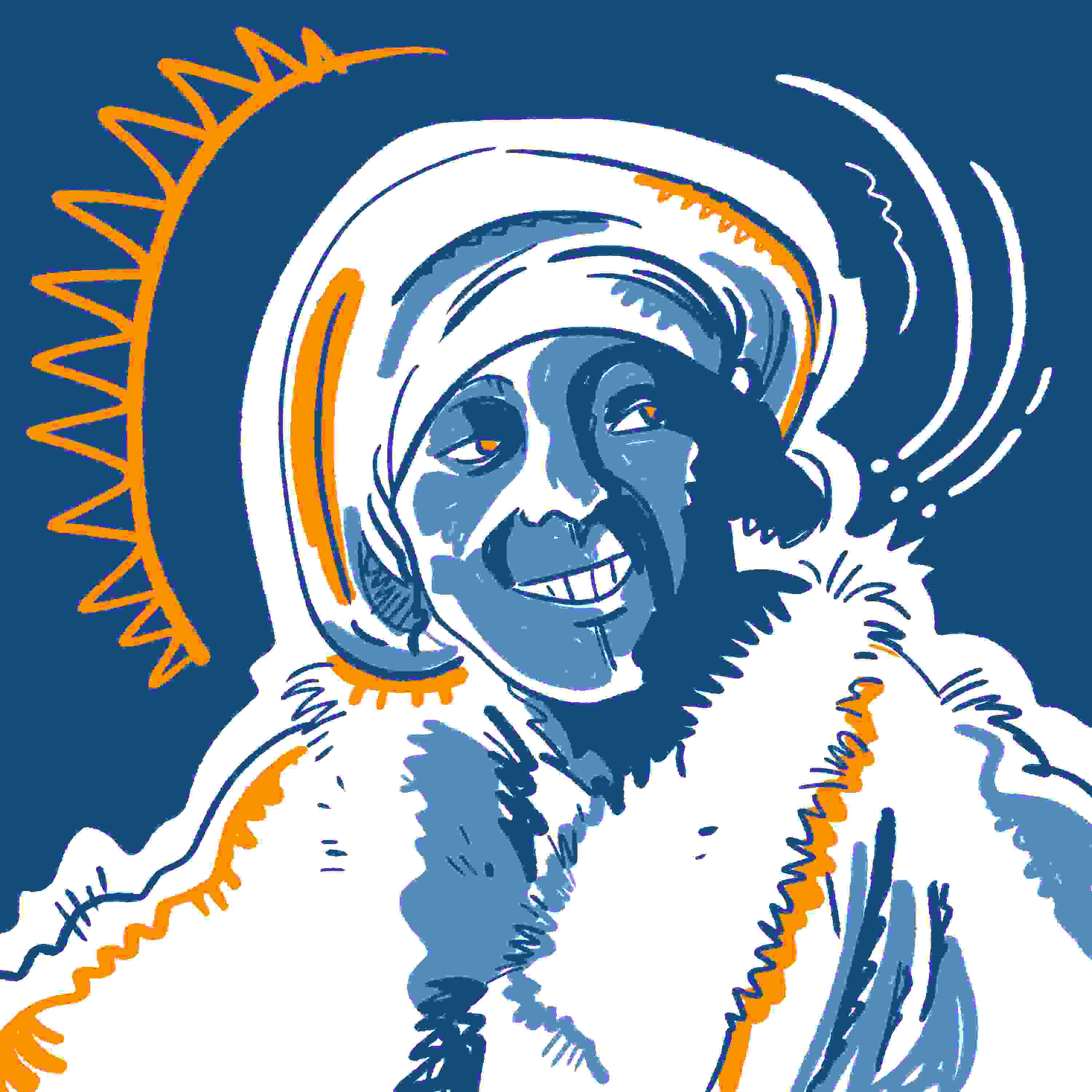 After much research by musicologists, there's at least been some light shed on Wiley's life. It was found from her cousin, Herbert Wiley, of Oxford, MS, that Wiley's family probably lived in South Carolina during her childhood, perhaps travelling between there and Oxford (as she was later buried in Oxford with some of her other family).

Her untold story shows more signs in the 1920s. Apparently, Wiley and Papa Charlie McCoy, one of the first ever recorded blues musicians from the early 1920s, had something of a relationship. Perhaps they met while Wiley worked in travelling medicine shows around Mississippi. Probably working as a musician throughout the 1920s, by 1930 Wiley and her recording partner, Elvie Thomas, recorded for Paramount in March 1930 and a year later in March 1931. Even Thomas never saw Wiley again after 1933. Luckily though, those recordings remain to give a sense of her unique playing style and haunting songs.