Practically like a comet that suddenly shone across the sky, Blind Willie Johnson was one of the most unusually talented and unique pre-war blues musicians. Coming from very troubled background, when his stepmother splashed acid into Johnson's eyes when he was just a child, he emerged as a consummate player who transcended the guitar.

Sometimes, later in his life, he preached on the pulpit with his guitar in hand. It can only be left to the imagination how fiery and passionate such events were.

Johnson's guitar style is just perfection, and that's really not said lightly. His lightning yet caressing touch was masterful; intonation with the slide, perfect. Even slowing down some of his songs, on micro-increments of time, each note lands with extreme resolution on this or that beat, as he intends it.

He recorded several songs on the slide, during a particularly magical session — the session when he recorded Jesus Make Up My Dying Bed (breathtaking in its bottleneck mastery which in many ways may never be surpassed), as well as Dark Was the Night, which needs no introduction. In addition to this, he recorded a handful of songs without the slide, often focusing more on the guitar's bass-strings handling simple riffs to accompany himself and his wife as they'd sing spirituals. 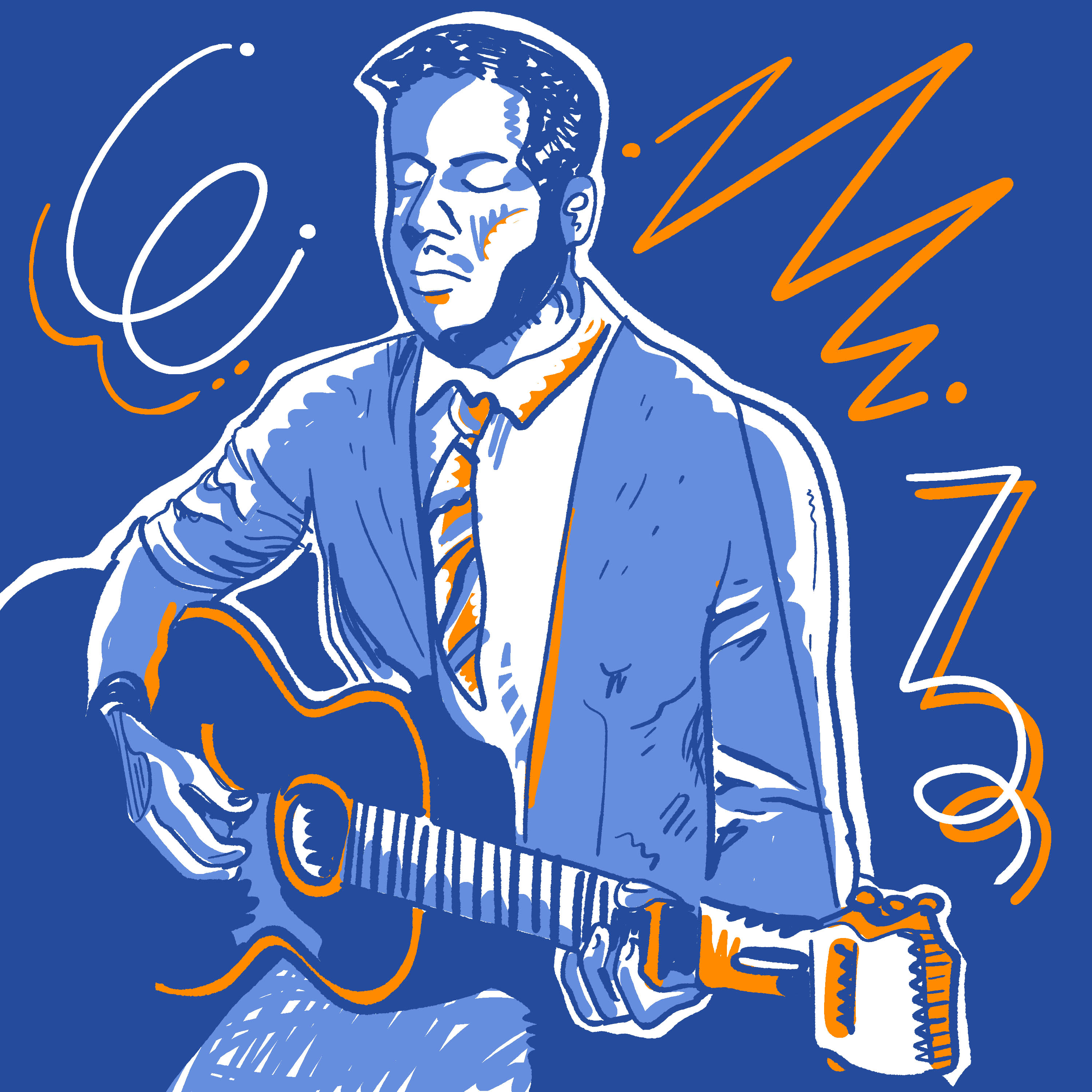 Johnson was born in January of 1897, in Pendleton, Texas. Once he reached the age of 4, his mother already passed. Though, he quickly found passion in his life upon experiencing and witnessing the services at Marlin Missionary Baptist Church, every Sunday; soon, it was his dream to become a Baptist minister.

Fortunately, after his father had given him a cigar box at an early age, he found a way to stay passionate and focused. This led him to eventually becoming quite successful as a recording artist for Columbia Records in the late 20s. In fact, he outsold Bessie Smith, practically a superstar of the time, with his sides of I Know His Blood Can Make Me Whole and Jesus Make Up My Dying Bed. He'd continue to record consistently until the industry ran dry due to the Depression.

From there, he was much less active with music, and was reported to have been preaching in churches here and there until his death in 1945. With his house ruined from a fire, he continued to live among the rubble; soon, he contracted malaria. Due to the times, as both a blind man and a black man, his attempt to get medical attention were rejected, leading to his death shortly thereafter. Today, Johnson lives on as a unique, bright star among all genres period, and aptly his recording of Dark Was the Night continues to fly through the cosmos, aboard the Voyager spacecraft.