As one of the greats of the bottleneck slide and acoustic blues in general, Fred McDowell created a body of work that's as enjoyable to listen to as it is to play. Unlike many of his peers, Fred McDowell didn't have a chance at recording during the late 20s and early 30s, however he more than made up for it with his voluminous throughput in the 1960s.

With a belching tenor voice, and a grooving guitar, which sounds like a moaning soul alongside him, Fred McDowell's music is very heavy to listen to, and keeps an unmistakably deep-pocket beat.

Even beyond the fantastic bottleneck slide playing which Fred McDowell exhibited, his rhythm and groove is perhaps just as stand-out; any snippets of his playing feature that "hoochie coochie" kind of feel, which creates these heavy pockets that he perfectly fills with wailing slide riffs.

With his own bottleneck style, Fred McDowell seems to make his guitar moan at will. Actually, perhaps the part of his playing that makes it (in some ways) easier to learn is that his songs often have one central riff, as opposed to an endless sequence of various sections and licks. For that reason (and not to sound too reductionist), you can approach some of his songs by just learning the core riff, letting it marinate in your head, eventually improvising different variations of that riff, and then playing fills of treble-string slides to break-out into more lead-style lines. 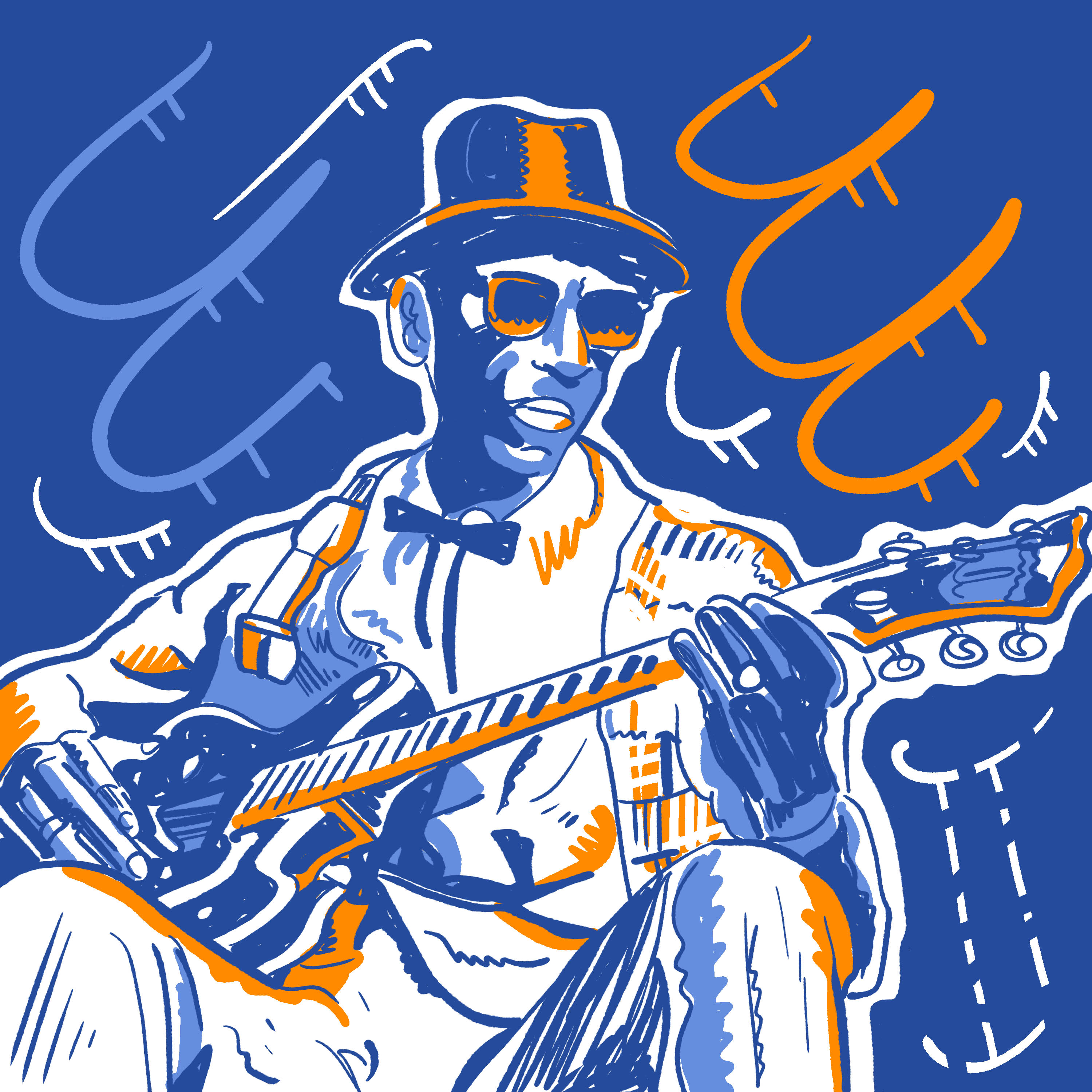 Life was challenging from the get-go for Fred McDowell, as both of his farmer parents died when he was very young. Still, he appears to have perservered and pursued what he enjoyed most to do, which was playing guitar; by 14, he was creating an income for himself, playing music at local Rossville dances, and seems to have honed his abilities throughout his teenage years.

As he grew into his 20s (which was during the 1920s), Fred McDowell drew upon his parents' agricultural background, working odd farming jobs in Memphis and finally in Como, Mississippi, often saving music for the weekends, when he'd accompany dancers and entertain at picnics.

Similar to his contemporaries, opportunities were few and far between, starting with the Great Depression, and the war-time 40s; though, Fred McDowell never recorded any pre-war recordings, unlike his peers. It wasn't until the closing of the 1950s, 1959 to be exact, when Alan Lomax chanced upon Fred McDowell during a field recording adventure. After making recordings with Lomax, his popularity ballooned to previously unimagined heights with the Folk Revival of the 1960s.

The windfall of the 1960s proved to be fruitful for McDowell; spell-binding young musicians of the 60s with his ring-finger bottleneck slide, and gut-bucket style, he recorded extensively, received extra attention after the Rolling Stones covered "You Got To Move", and mentored a young Bonnie Raitt on how to play bottleneck slide guitar.

Eventually, Fred McDowell passed away in 1972 at age 66, in Mississippi. With the aid of the Mt. Zion Memorial Fund & Bonnie Raitt, a proper headstone was erected, in place of a damaged marker which misspelled McDowell's name.