Ain’t You Sorry
Mance Lipscomb’s Ain’t You Sorry is a badass ragtime tune, filled with boogie basslines and classy ornaments on top. All wrapped up in his relaxed singing that

One of the greats of Texas blues, Mance Lipscomb was born on April 9th 1895 to a family of famers in Navasota, Texas. A versatile guitarist, he could certainly play classic Texas blues with ease, but also he was adept at gunslinging-level ragtime, Piedmont music — juggling intricate bass and treble-side lines simultaneously. Unlike his contemporaries such as Blind Lemon Jefferson, Lipscomb never recorded during the pre-war Blues era, instead he recorded his many albums all from 1960 to 1970.

Lipscomb's playing was highly versatile. On the one hand, with songs like Jack O' Diamonds, also recorded by the likes of Blind Lemon Jefferson, Lipscomb would play with that wonderful Texas style — a steady, metronic back-beat on the bass-side, while also playing piercing slide lines on the trouble-side. In fact, there's a recording on Youtube of him playing the tune with an injured picking hand, yet playing the lines with ease.

On the other hand, Lipscomb could also rip ragtime songs with little difficulty, if any. On Ain't You Sorry, Lipscomb has multiple ways of intricately stringing together choruses of the tune, combining very irregular bass-side picking patterns alongside complex treble-side patterns, equalling to a beautiful and grooving result. Of course, all the while he's singing on top.

So all in all, there's much to learn in Lipscomb's recordings, especially in how he could adeptly integrate his left and right hands, and with a comfortable looseness that left plenty of room for groove and pulsating rhythms. 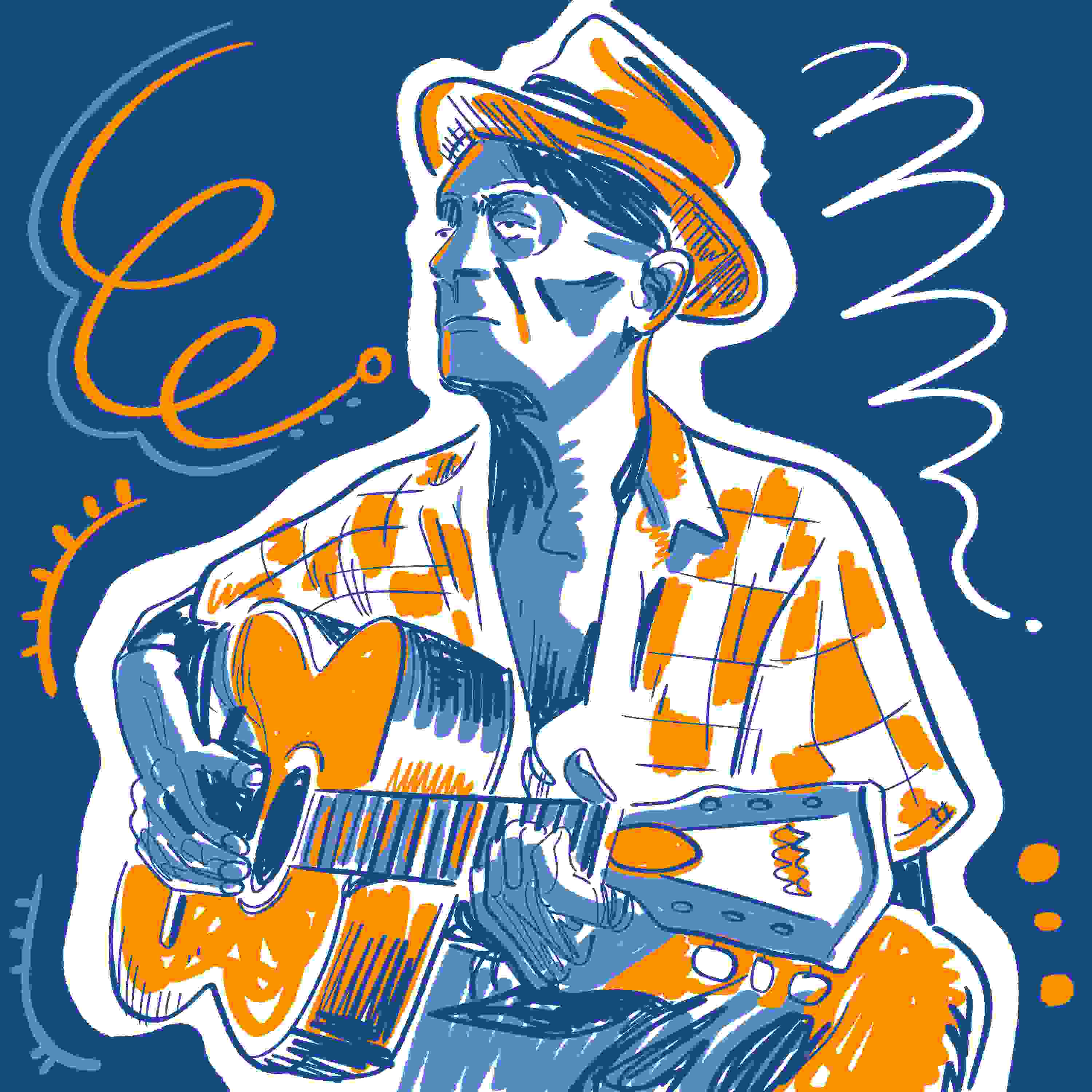 Mance's name came from "Emancipation" — his father was an ex-slave who settled in Navasota, Texas to raise his family. With music as a part of the family, Mance acquired his first guitar when he was 11, from his mother. It wasn't long until Lipscomb was playing with his father at local dances around that Texas area. Also running into the legendary Blind Lemon Jefferson from time to time, the two traded ideas on the guitar early on. Although he was offered to work as a travelling musician in 1922, Mance preferred to stay near his home, especially since he had a wife and children. Disciplined, Lipscomb kept working as a tenant farmer through the 20s and 30s, until he earned enough income to purchase land and build his own house in Navasota. Although he kept his music up, and even met Lightnin' Hopkins in 1938, it wasn't until 1960 that he was discovered for his music.

Much later in 1960, musicologists Chris Strachwitz and Mack McCormick, looking for Lightnin' Hopkins, instead came across Lipscomb. The California-based blues label, Arhoolie, was just being formed by Strachwitz and he was recruiting new musicians for records. Quickly, Lipscomb's first record, Mance Lipscomb: Texas Songster and Sharecropper, was recorded right in Lipscomb's kitchen. New opportunities arose, and in 1960 he was already playing in folk festivals in Texas. Helped by his California network, Lipscomb played college campuses and coffee houses in California, also recording more for Arhoolie.

Even Sinatra liked Lipscomb, issuing Lipscomb's recording of Trouble In Mind on his Reprise label in 1970. Thus consitituted Lipscomb's successful 60s, playing across the States from California to Washington, D.C. Keeping his disciplined mindset, Lipscomb rarely drank or gambled, nor spent much of his earnings. Winding down his musical career in the 70s due to health difficulties, Lipscomb settled back at his home in Navasota where he passed away on January 30th, 1976.