99 Blues
This song has a similar structure, say about 55% of overlap, with Third Street Woman Blues; that same kind of rocking-back-and-forth riff while he sings
Cold Woman Blues
Here's a song which features extremely catchy slide licks. The one which stands out is the 12th fret lick, which is signals as a precursor to Elmore James riffs
Married Man Blues
Here's essentially the same song as Outside Woman Blues — in that the intro, main riff, and so on (as well as lyrics) are the same in Married Man Blues
Nehi Blues
Here's a great Blind Joe Reynolds song, Nehi Blues, rife with single-note lines and inventive bends. It's a bit unique from his other recordings and fun to play
Outside Woman Blues
Here's Blind Joe's most renowned song, Outside Woman Blues. Famously, Clapton covered the song in the late 1960s, during his spree of pre-war blues covers
Third Street Woman Blues
One of Blind Joe Reynolds' jewels which is fortunate that he left behind. It features a rock n' roll-esque, rocking-back-and-forth line which he plays while he sings

Little known about his life, “Blind” Joe Reynolds is thought to have been born in either Tallulah, Louisiana or somewhere in Arkansas, circa 1900-1904. His life took an extremely tragic turn when, in Louisiana, he suffered a shotgun blast to the face, thereby losing his eyesight.

Blind Joe Reynolds' guitar style can be deceivingly intricate. On the outside, he can come across as a simpler type of Country Blues player, but upon listening to solos such as the slide solo in Outside Woman Blues, or the through-written parts of songs like Nehi Blues, it's clear that he had quite some skill. Though he recorded only 6 songs that survive to today, he covers many tunings — Standard, Open G, Open D, and an alternative tuning in 99 Blues. 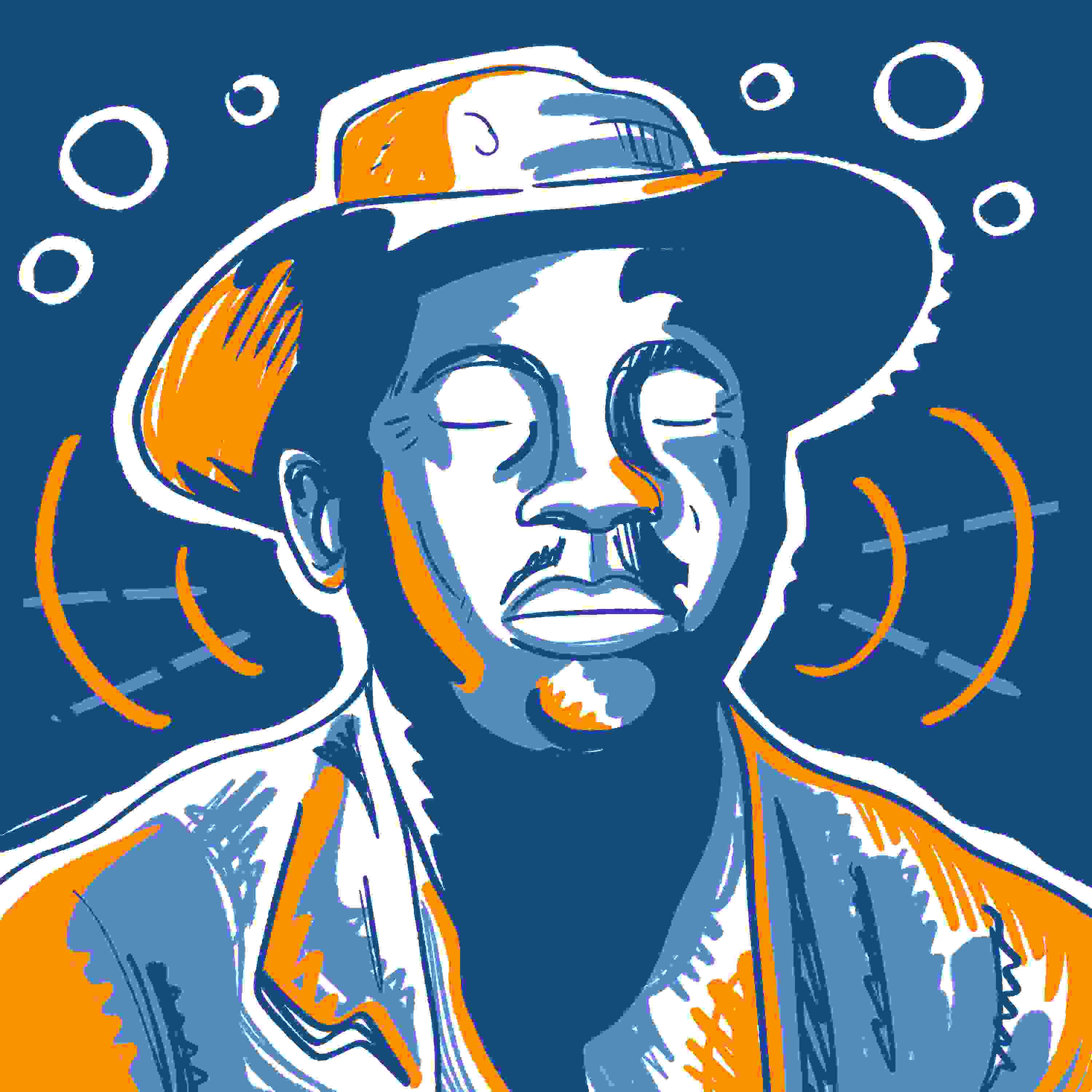 In spite of his handicap, he overcame the odds by becoming a top-form bluesman, singing with a gritty, passionate vocal style and playing a mean bottleneck slide guitar. According to legend he was also quite adept with a pistol -- being able to judge the position of a target by sound alone -- and traveled across the country under a slew of aliases, as a means of avoiding the police. He was jailed at least two times.

As a recording artist, Reynolds began in 1929, after he was discovered by blues talent scout H.C. Speir. Reynolds visited Paramount Records in Grafton, Wisconsin on two occasions -- recording two sides per session. The four resulting sides, “Cold Woman Blues,” “Nehi Blues,” “Ninety Nine Blues,” and “Outside Woman Blues” are downright haunting and legendary. The last of these four sides, “Outside Woman Blues'' would go on to be covered by 1960s psychedelic rock band Cream on their second album, “Disraeli Gears.” “Cold Woman Blues/Ninety Nine Blues” were lost until 1976, when it was purchased at a flea market for one dollar. It was later resold for an undisclosed amount in 2000; it is, to date, the only known copy of the record in existence. In 1930, Reynolds would cut four more sides for Victor Records...those being “Goose Hill Woman Blues,” Short Dress Blues,” “Married Man Blues,” and “Third Street Woman Blues.” The first two of these sides are thought to be lost entirely; they have not been found to this day.

On March 10, 1968, Reynolds died of a stroke in a Monroe, Louisiana hospital. His artistry in blues, as exemplified by his visceral country blues style has withstood the test of time, proving to be just as powerful well into the 21st century.