Rope Stretchin’ Blues
Here's an interesting tune by Blind Blake, which rocks back and forth between Am and C, which makes for a kind of different playing experience.

A true professional in the realm of pre-war blues, Blind Blake was a wonderful musician who's facility went far beyond blues. His musical range is shown by how widely he recorded from 1926 to 1932 for Paramount, accompanying musicians from Gus Cannon to Ma Rainey. 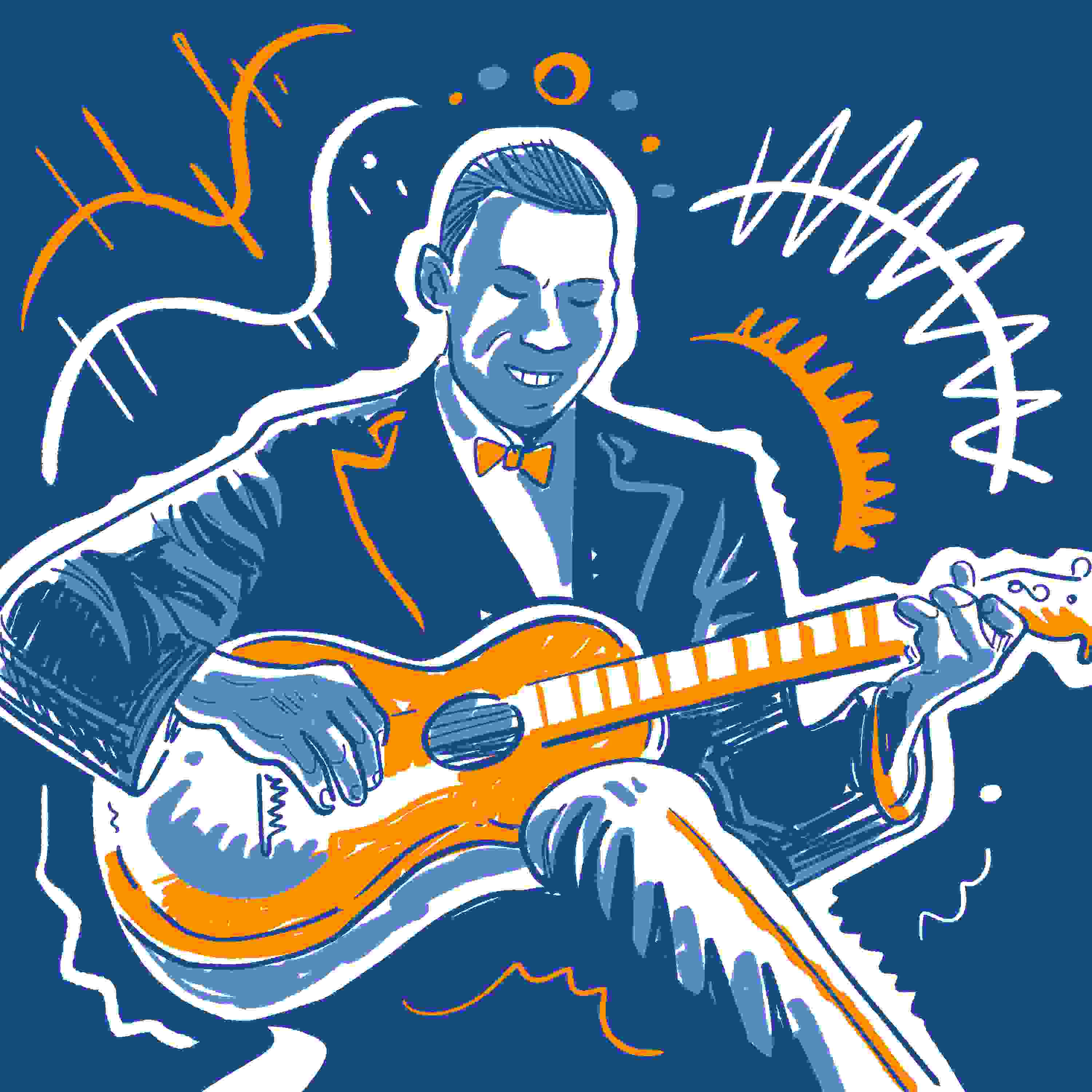 It was actually only recently found that Blake may have been born in 1896; a team of researchers traced various document's about Blake, and came across his death certificate. There it stated that he was born in 1896 in Newport News, Virginia. Little else is known about Blake until he burst onto the music scenes of the 1920s.

Compared to his generation of guitar players, with people like Patton and Peg Leg Howell among others, it's quite a sign of success that Blake recorded around 80 tracks for Paramount from 1926 to '32. Part of that was surely because he could play so clean and comfortably through more intricate chord progressions, veering into jazz territory at the time.

Blake unfortunately passed early in his life, in 1934. Apparently, Reverend Gary Davis recounted that Blake may have been hit by a streetcar; Davis, with notoriously high standards, noted that the two players he respected most technically on the guitar were Blake and Lonnie Johnson. Today, he's buried in Glendale, Wisconsin.